Under California law, it is illegal for an employer to discriminate against an employee based on:

Often, noticing discrimination begins by comparing your treatment to that of other employees. There could be a sudden or obvious shift in attitudes towards you when you are considered part of a protective group, such as any of the groups listed above. Signs of discrimination may include:

It is important to understand that, even if these violations are committed by employers who themselves are considered a part of a protected group, it is still considered discrimination. The law does not protect those of the same group from one another. In the eyes of the law, discrimination is discrimination, no matter who is in violation. 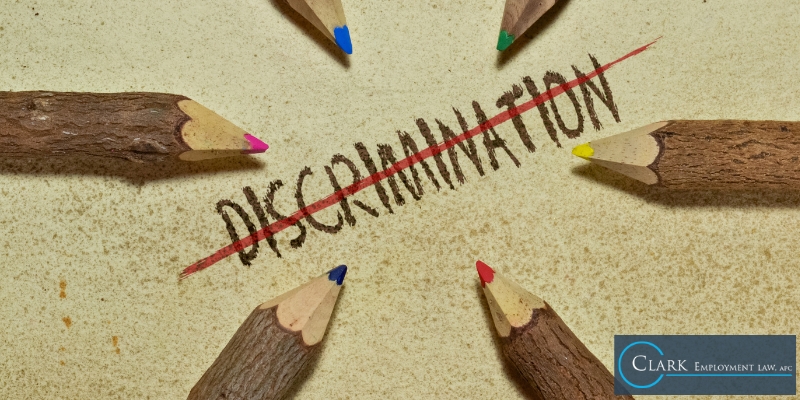 While there are obvious forms of discrimination against protected minority groups, such as those listed above, anyone can experience workplace discrimination. While these groups have identifying characteristics, if an employer discriminates against you because of your perceived race, disability, sexual orientation, or other protected group, you are also protected by the law. Even if the employer’s perceptions are incorrect, you still have the right to file a discrimination complaint against them.

In many cases, these perceptions are based on stereotypes and not on any factual identification. For example, an employer conducts an interview and perceives the candidate to be gay because of their mannerisms, dress, or style of speech. This employer does not wish to employ any gay individuals and does not hire the candidate as a result. Because the candidate was not fairly assessed based on the perception the employer had, a discrimination complaint can be filed against the employer.

This example also highlights an important fact about workplace discrimination as defined by the California Fair Employment and Housing Act (FEHA). Under this act, you are protected from discrimination in any aspect of employment, including:

These same laws do not just apply to employers but also to employee representation groups such as unions and labor organizations. These groups are also prohibited from excluding, expelling, or restricting membership based on:

Discrimination laws have an influence on the employment process, beginning with hiring. During an interview, employers are subjected to rules that prevent them from asking questions that lead candidates to reveal specific protected characteristics about themselves. Employers may not ask questions that reveal:

Additionally, employers may not ask you to participate in any medical or psychological exams if other employees were not asked to do the same or if they are unrelated to the job to which you are applying.

It is not considered discriminatory, however, if an employer asks how you might perform certain functions that are essential to the job.

If you accept a job that requires a medical exam for all employees, that too is not considered discriminatory. 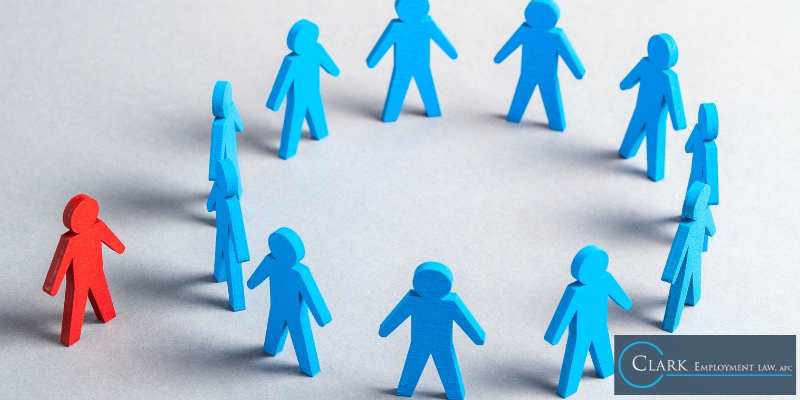 Filing a Discrimination Complaint or Claim

The first step in any case of discrimination is to report the incident to your immediate supervisor or human resources department. You should include all the evidence that you have for documentation, including:

By reporting it to your supervisor or HR department, you are also giving your employer an opportunity to address the situation without involving the legal system.

If they are not aware of what is occurring, they have no opportunity to resolve the issue and create a more inclusive working environment. In addition, before claims can be filed, all administrative options must have been explored.

If you choose to file a claim because the above conditions are not met, then you should first seek the help of a discrimination attorney who is familiar with the law. They will review your case and help you decide if you should file a state or federal claim.

A federal claim is filed through the Equal Employment Opportunity Commission (EEOC). However, there are limitations on the scope of the suit. Additionally, employers must employ a minimum of 15 employees for the claim to be filed federally.

The California Civil Rights Department (CCRD) handles most state-level discrimination claims. The scope of coverage at the state level is often broader and applies to employers that have at least five employees.

The scope of a claim depends on the text of the law. For example, federal law does not explicitly talk about sexual orientation or transgender discrimination, whereas state-level laws do.

In any discrimination claim, there are certain compensatory items that can be part of potential settlements. Most monetary damages come from:

In addition to monetary compensation, courts can order employers to take certain actions. They may be required to hire you if you were denied a job for discriminatory reasons or make certain accommodations for your employment.

In addition, your legal fees may be included in any court-ordered compensation.

Filing a claim against your employer to seek compensation is unnerving and can be worrisome. However, it is illegal for an employer to retaliate against you for bringing attention to any discriminatory action, whether through a direct report or legal claim.

Q: Can I Sue My Employer for Discrimination in California?

A: Yes. If you have tried to report the incidents to your employer, and they have been provided an opportunity to resolve the issue but do not do so in a timely or appropriate manner, you have a right to file a claim against your employer. You must file a claim within three years of the last incident.

Q: How Do I Prove Discrimination at Work in California?

A: Through detailed documentation such as an email, text message, witness statement, or other means, you can prove that an employer discriminated against you, another employee, or a potential candidate. This can be difficult because evidence often takes the form of overheard conversations that are not in written format, so it is important to keep a detailed record.

Q: What Is Considered Workplace Discrimination in California?

A: Workplace discrimination is any action or behavior by one employer or employee toward another employee or candidate that treats them unequally. This is usually based on protected characteristics, or involvement with protected groups, such as race, gender, sexual orientation, age, ability, mental illness, and others. It can also be directed against people who are not part of these groups but are suspected of being so.

Q: How Much Can I Sue for in California Workplace Discrimination?

If you or another employee has experienced workplace discrimination, it is important that you notify your employer immediately. If they fail to provide a resolution in a timely or appropriate way, you should seek the legal help of an expert discrimination attorney. At Clark Employment Law, APC, we know how painful discriminatory acts can be, and we want to help you hold the perpetrators accountable. Contact our offices and let us help you with your workplace discrimination claim.